How do you remove a dead and dangerous Oak tree, from a hard to access and incredibly sensitive site? By using scaffolding of course!

We were recently called upon to remove a large, dead and dangerous Oak tree from Eastleigh cemetery, along the Eastleigh Chandler's Ford and Romsey Line. The tree had been dead for some time and showed signs of rot at the base, and it was too dangerous to climb due to its poor structural condition.

The tree was also difficult to access due to the fact that it was flanked on one side by an industrial unit and on the other by a cemetery. This made it impossible for us to use a MEWP as there was a possibility of underground voids in the ground that could have led to collapsed graves, and the location and size of the industrial unit made it unsuitable due to the limited reach of a MEWP.

Further, the location boxes and a set of points in the vicinity of the tree made relying on mechanised removal, in the form of an RRV, too risky, as any falling branches could have caused serious damage to Network Rail infrastructure.

In order to deal with the oak we decided to construct scaffolding around the tree with multiple working levels. Although this process increased the time required to remove the tree it allowed us to carefully, and safely dismantle the tree. A crash deck was also established above the surrounding gravestones, protecting them from any unfortunate eventualities.

To replicate natural fractures, we cut coronets on the 4-5 standing wood to replicate those normally seen after a storm. This type of Veteranisation helps to open up the natural defences of the tree and accelerate the production of vital deadwood habitat, ultimately enhancing biodiversity on the site. 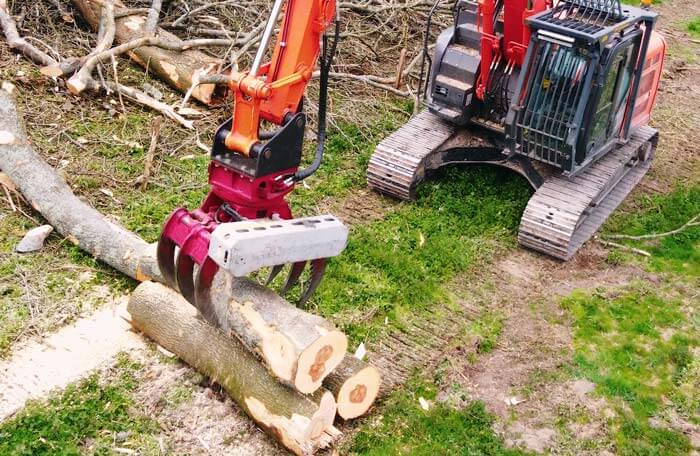 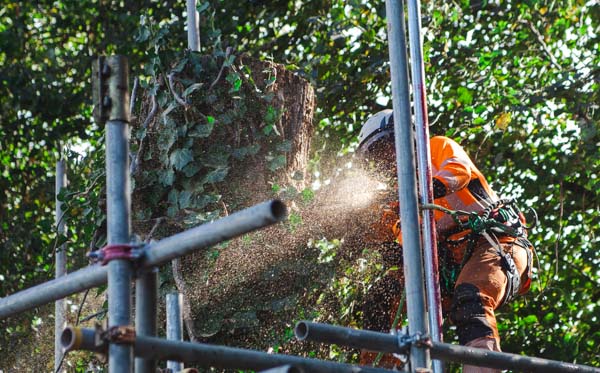 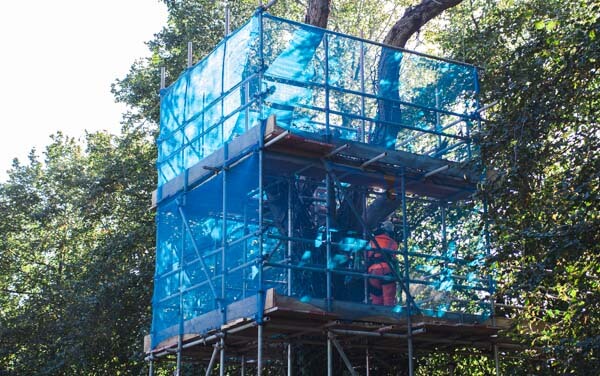